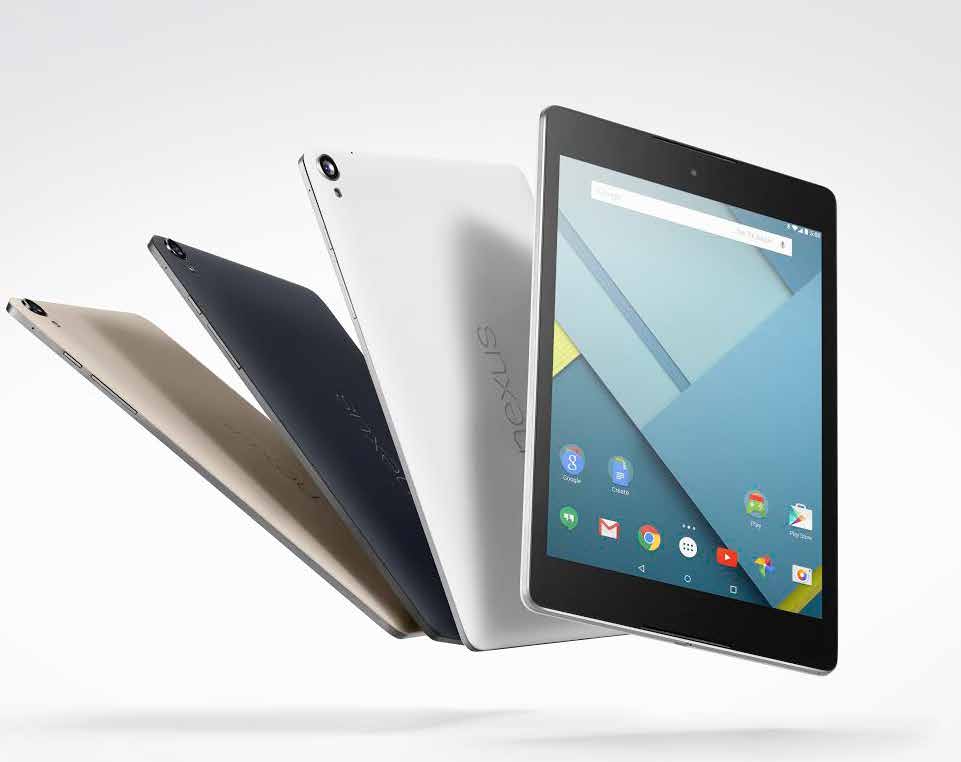 The Android Operating System (OS), acquired by search giant Google in 2005, has fast become the most popular and highest selling OS on the market. Consumers have a choice of a variety of manufacturers, each providing a skinned version of the Android interface. In 2010, Google introduced the Nexus series for those who yearn for an untouched version of the software. This year, Google joined forces with Taiwanese smartphone manufacturer HTC to produce a nexus tablet that aligns itself in direct competition to Apple’s iPad mini. Combining the minimalistic look of the Nexus line with HTC’s breathtaking build-quality, the new NEXUS 9 sports a familiar rubberized back coupled with a metallic frame, and features an 8.9 inch display with a resolution of 2048×1536. A 4:3 aspect ratio compliments the display, allowing users to maximize productivity on the tablet. Above and below the screen sit two front facing, boom sound speakers. These are familiar to the new HTC One M8 smartphone, and provide users with impressive audio to accompany any multimedia. Under the hood is Nvidia’s new K1 Tegra processor, as well as 2GB of RAM. This is a new move for Google, steering away from the usual Qualcomm chips of tablets past. Rounding out the features list is a 6,700mAh battery, yielding approximately 9.5 hours of Wi-Fi browsing and video viewing. The HTC NEXUS 9 is available in 16 and 32GB variants, and comes equipped with Google’s latest version of the Android OS, 5.0 Lollipop. Affordably attractive, the Nexus 9 runs CAD $430.00-$530.00. 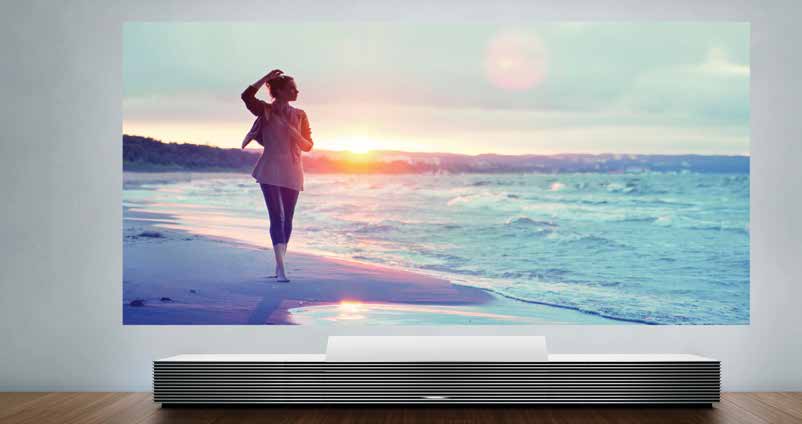 THE TOTALLY IMMERSIVE, VISUALLY STUNNING PROJECTION EXPERIENCE Despite the fact that television technology continues to evolve, projector technology has consistently lagged … until now. Sony has taken projector technology to a new level of luxury with the 4K ULTRA SHORT THROW PROJECTOR. Sitting less than a meter from the desired viewing surface, neatly tucked away in a compact cabinet, Sony’s 4K Short Throw Projector produces a 100-inch viewing display at a resolution of 3840×2160. Beautiful to watch under virtually any lighting conditions, viewing display is conducive to the distance of the projector from the viewing site. While you will not be able to watch the desired video in direct sunlight, the Short Throw Projector removes the need for total darkness that is typical of the average projector system. Also unlike many projectors, Sony’s latest and greatest utilizes a laser engine to produce its picture. This feature yields at least 20,000 hours of a stunning viewer experience before any sort of decrease in brightness occurs. With such a large, bright display, and complemented by a stunningly high resolution, colours appear vibrant yet natural, and the picture remains crisp at every corner of the viewing surface. Not for the faint of heart, the Sony 4K Ultra Short Throw Projector is opulence personified with a price tag of US $50,000.00.

A popular accessory for any tablet user, especially those who use their devices for productivity purposes, is a detachable keyboard. Many market offerings are inexpensive, yet are prone to failure with keys falling off or becoming unresponsive. Google and HTC have addressed these issues and more, with the magnetic keyboard folio accessory for the new Nexus 9 tablet. When closed, the keyboard protects the Nexus screen, as many standard folio cases do. However, when open and powered on, it is transformed into a mechanical keyboard, fully equipped with five rows of keys, including one dedicated to numbers. For any user looking to maximize productivity on a powerful tablet while protecting the screen from damage, the magnetic keyboard folio from Google and HTC is a must have.

Software giant Microsoft recently announced and released a mobile version of their Office Software for the transit user. Available for both Android and iOS, this totally free-of-charge, mobile software affords users the opportunity to create and edit documents on the go, from their smartphone or tablet. Dubbed Office Mobile, users can produce and edit documents in Word, create and optimize spreadsheets in Excel, and prepare presentations with Powerpoint. Designed for the professional on the move, Microsoft’s Office Mobile is a business essential.

Thanks to the SmartStart app from Viper, gone are the days when chaos dictates. Users rejoice – no longer will you stumble and fumble with car keys; instead use your smartphone to perform a handful of vehicular remote tasks. By navigating the app, the user can lock or unlock the doors; release the trunk; honk the horn; as well as activate a number of other useful on board features such as perform status updates; provide information on the current condition of the vehicle; and note any maintenance visit needed. Smartstart is the car essential app for the Preferred driver.

Similar to the Viper SmartStart, Lockitron alleviates the need to fish for the all-elusive house keys from pockets, purses or bags. Featuring a module that fits over the door’s interior lock, users can customize their experience, unlocking the door when they reach a certain distance. When one wishes to venture out into the world, navigate the app and simply set the door to lock. With the swipe of a finger, the door can lock and unlock as the user sees fit. For those concerned with safety, Lockitron will immediately notify the user through the app that the door has been unlocked from an outside source. The piece of mind application, Locitron is a trip well made to the app store.

The High Price Of Time