Aprés Noir is an entertainment soiree that harmoniously blends music, art, fashion and gastronomy all in one evening.  A highly coveted affair, Après Noir is Canada’s unparalleled, upscale, one of a kind event series held at the Chateau Le Jardin Event Venue.  This unique, ultra-exclusive experience involves a dinner and concert series which occurs in Vaughan, just west of Toronto.  Started by Toronto’s well-respected event gurus, Carlo, Julian and Natasha Parentela, they founded Aprés Noir in late 2017 and features some of the best chefs, artists, designers, celebrities and musicians in the world. 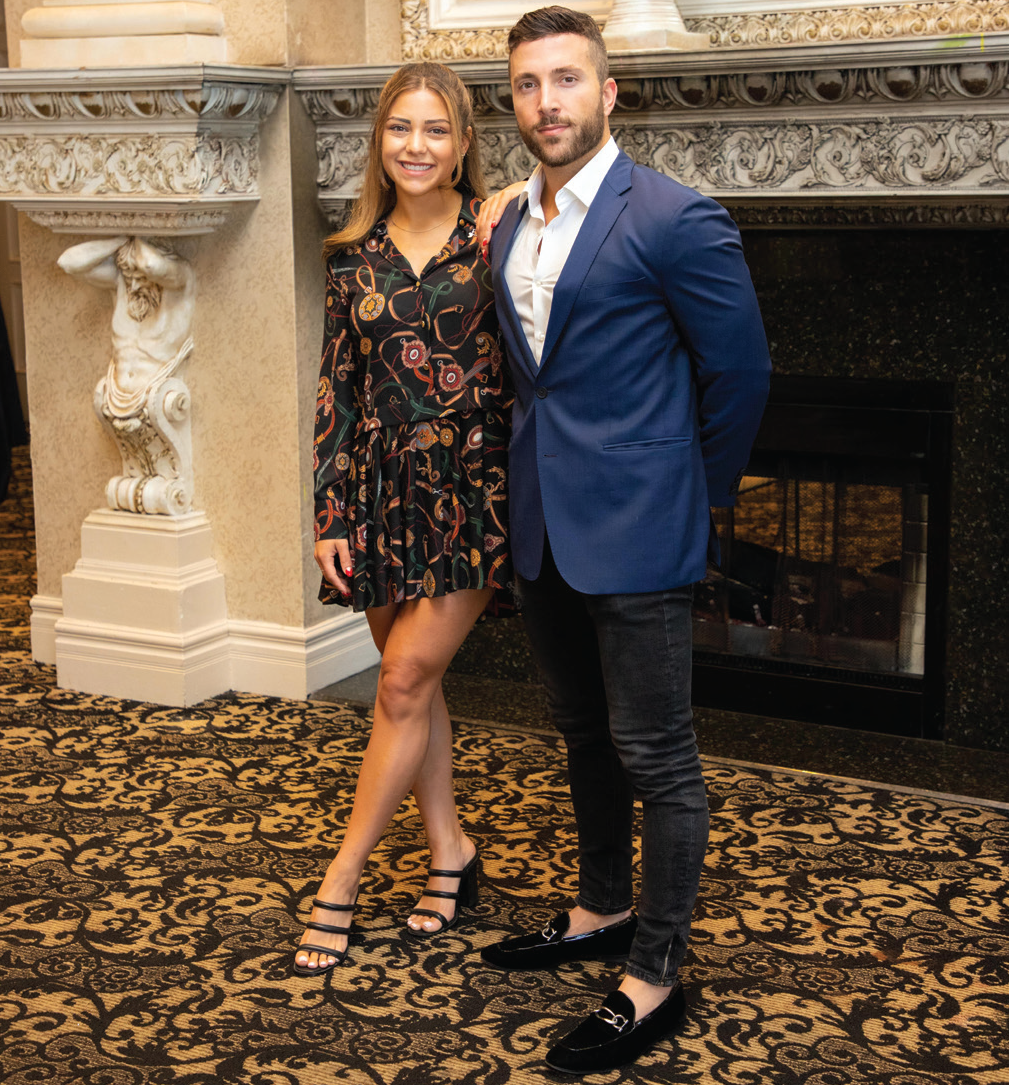 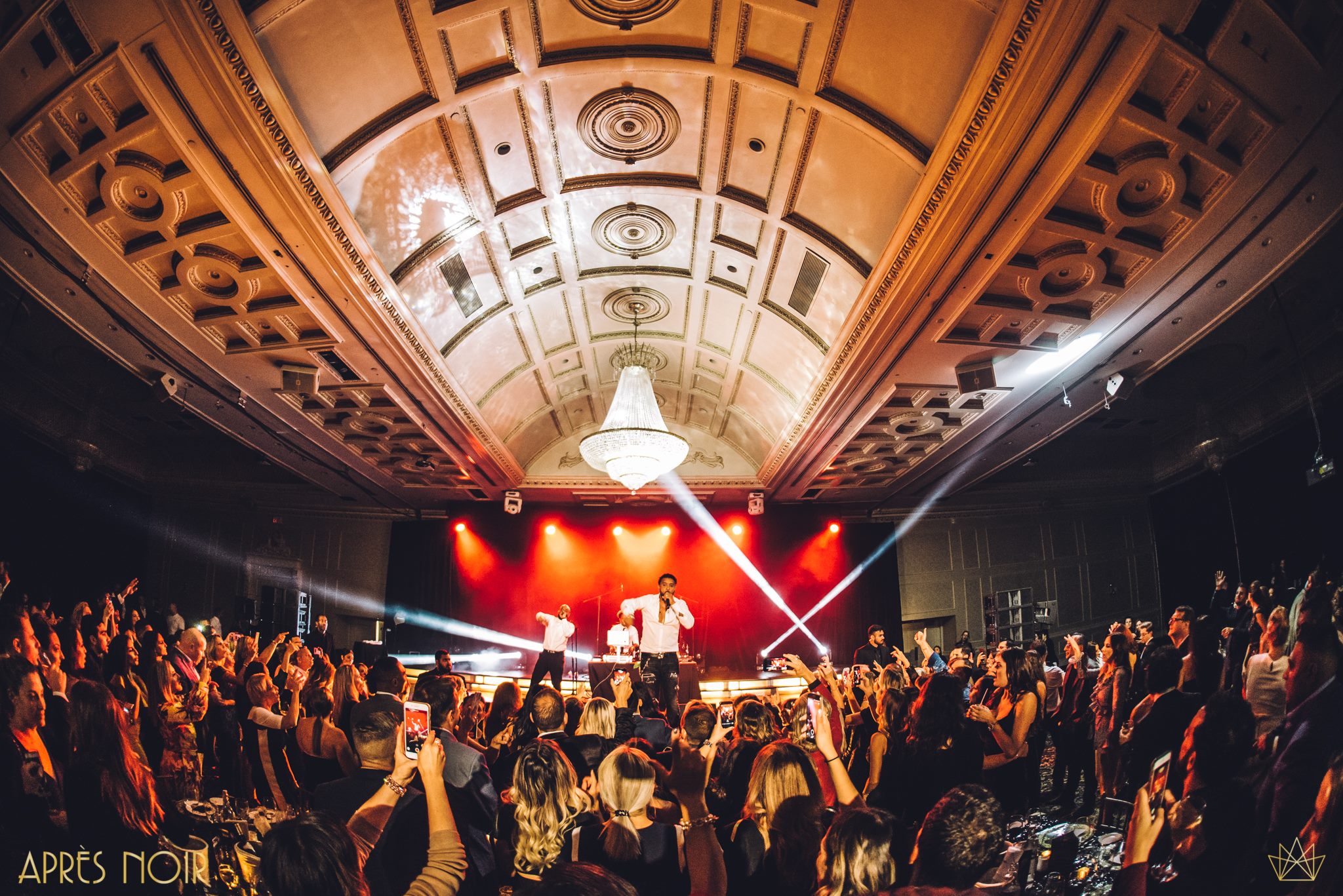 Après Noir opened its doors for the first time in May 2018 and ran the concert series monthly until November 2018.  This elite evening offers an all-encompassing affair including a comedic celebrity MC, a range of talented and international opening ambient acts, expansive fashion components, live artists whose pieces are sold all over the world to established art collectors, a recognized and acclaimed chef and of course an A-List headliner who consistently graces each evening with a live show.

Known for their luxury events at the Chateau Le Jardin Event Venue, the Parentela’s have always offered the best in class event programs and management.   The venue is known for it’s luxurious and majestic setting combined with providing world-class service to its guests.  Having been in the hospitality and entertainment business for 30 years, Chateau Le Jardin is one of the favourite event venues for weddings, conferences and special events in the Greater Toronto area. 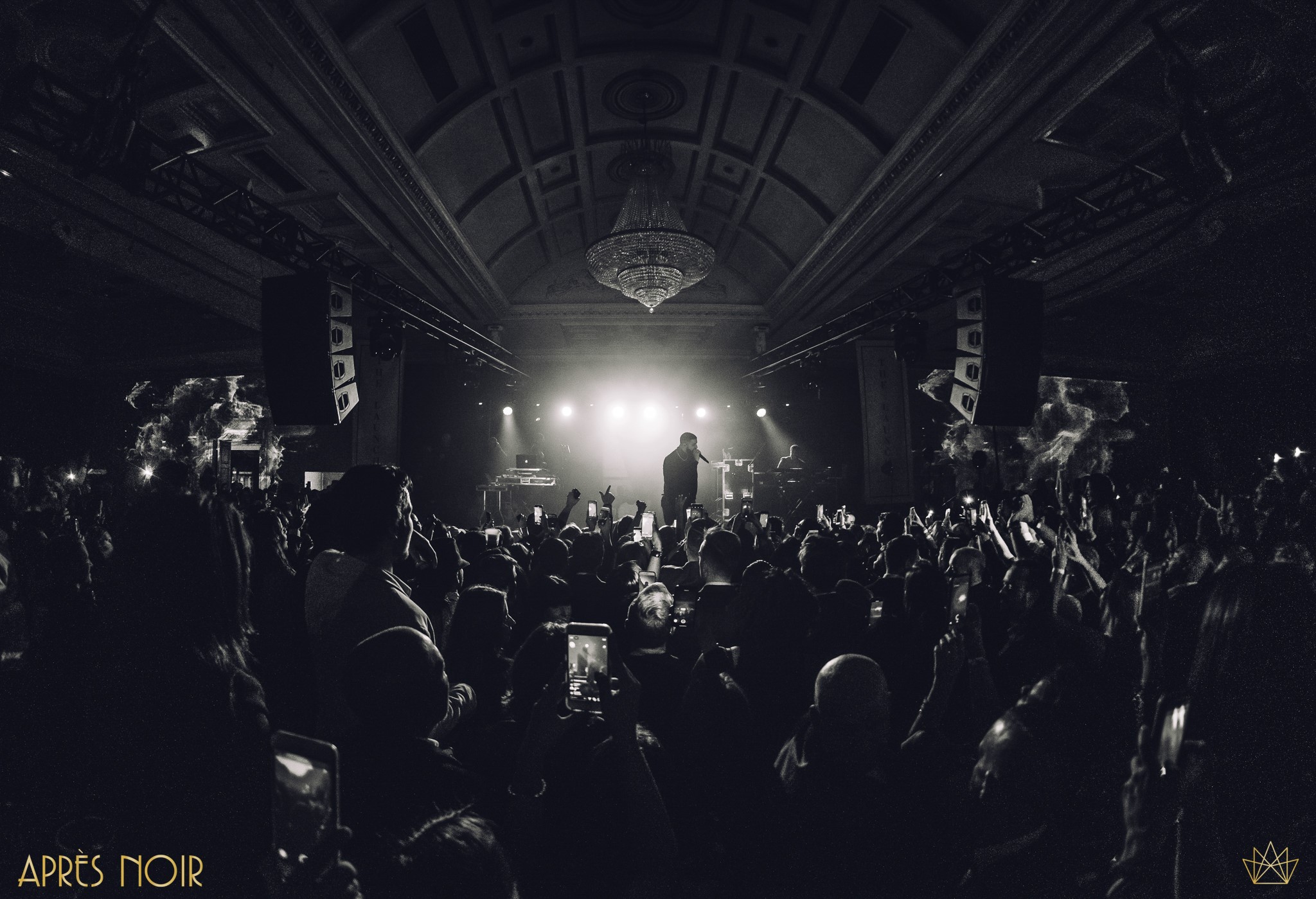 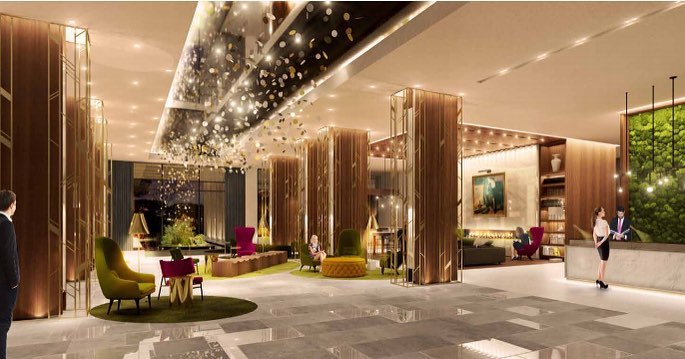 Continuing the momentum of their success in the hospitality and events business, the family was inspired to create an entertainment dinner series that has never been done before in Canada.

“We wanted to offer our guests an experience that was pure comfort and indulgence.  Après Noir offers people the opportunity to attend a concert in a smaller, more intimate and comfortable setting.  The concert is then paired with fine wines and champagnes, a renown-chef curated dinner, and elegant formal wear creates a very different experience then attending a concert which otherwise would have been held at a much larger venue with thousands of people,”

“an after-dark event when the adults come out to play”

says Julian, who selected the name.

The dinner and entertainment evenings at Après Noir unfold as the guests (limited to 940 people per event), arrive just before 7 pm.  Guests are invited to enjoy premium wine tastings or drinks from the top-shelf, open bar while socializing, watching the debut artist as he paints around the room and enjoying the run-way fashions from the featured designer of the evening.  The attendees are then ushered to their seats around 8 pm and the show opens with a famous, comedic MC followed by a guest celebrity chef who introduces his created custom dinner experience. 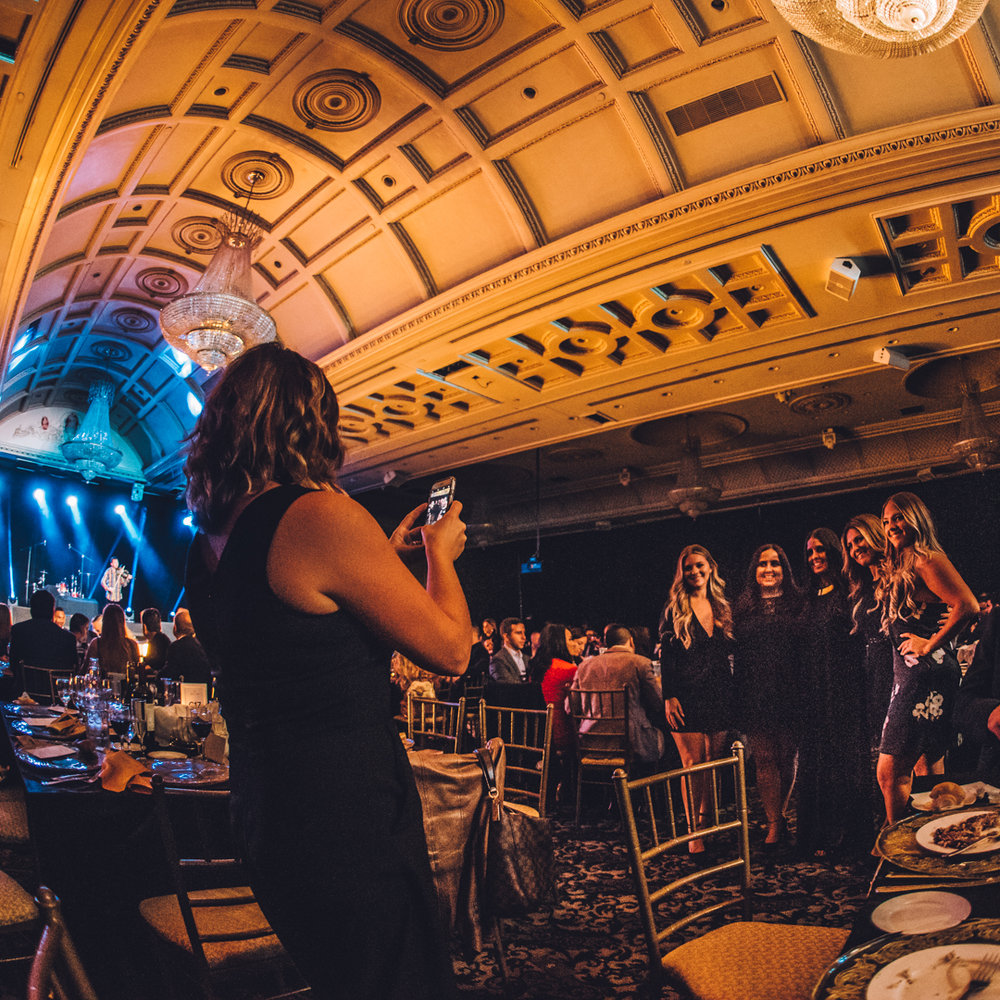 The celebrity chef repeatedly comes on stage throughout the dinner and explains the courses in detail, as the culinary experience is a big part of the show.  At the first-ever Aprés Noir event on May 17, 2018, the MC opener was celebrity sitcom star Bob Saget, who later introduced the leading performer of the night, musician Robin Thicke (best known for his song “Blurred Lines”).  The legendary, celebrity chef Bobby Flay oversaw the kitchen and curated an unforgettable formal dinner to highlight the culinary opulence of the event. The menu included Black Russian Caviar, Angus Beef Tartare, Ostrich filet and Japanese Blue Fin Tuna Sushi accompanied by premium wine pairings and champagne.  The July 2018 evening welcomed Grammy and Oscar-winning actress and musician Jennifer Hudson joined by Miami’s “Italian Million Dollar Celebrity Chef”, Walter Martino, who curated the dinner experience for the night. Considered the world’s best magician and illusionist, David Blaine graced the event venue in August alongside Chef Lidia Bastianich, who is an Emmy award-winning television host, best-selling cookbook author and successful restaurateur. She tantalized the attendees with her custom menu creations which were cooked by the in-house Chateau Le Jardin chefs.  The performances in September included the headliner Shaggy and the 2Cellos, along with Mia Martina and Dr Draw, and hosted by Melissa DiMarco.  The final November show was the most highly anticipated evening with none other than Toronto’s most prominent celebrity ambassador, Drake. The singer, songwriter, record producer, actor, and entrepreneur greeted concert-goers in this intimate and exclusive setting, which provided the attendees the opportunity to see the artist up-close and personal.  Tyron T-rex Edwards was the MC for the evening and the music artist Jessie Reyez opened for Drake.  Ticket pricing for the events range from $400 to $2000, depending on the headline artist for the evening and your seat’s distance from the stage.  Julian states that

“everyone receives top-notch service and decadent food and drinks while enjoying an incredible evening which begins with a bang the moment they enter the venue.”

The Après Noir events created a huge buzz all over Toronto and throughout Canada.  Julian adds,

“We had so many positive responses to the event.  We were being featured in several magazines and on TV.  Après Noir made people turn and look.  People wanted to be a part it.”

Each of the concert series events were sold-out.  They were hugely successful as they were attended by many elites and VIPs from all over the world.  Some of the guests flew in from Miami, Milan, LA, and New York to be a part of these ultra-exclusive, high profile events.

“Chateau Le Jardin was built on our family’s desire to bring people together, to celebrate and to have unforgettable experiences”

according to son, Julian. The entire experience is gratifying for the whole family, and Aprés Noir motivates them to keep pushing boundaries and offering next level experiences.  The Parentela’s plan to have more shows, bring more celebrities to Toronto and deliver more memorable meals by world-class chefs, paired with the best wines and champagnes.

“Aprés Noir can appeal to people from all corners of the world and can  further solidify our city  as  one  of the greatest stages to  perform, ”

says Julian.  The Parentela’s believe that Après Noir is the first high-end option in an increasingly VIP-centric music “experience” business.   This business model offers clients an intimate and upscale concert experience combined with the arts of various forms, culinary arts being a integral component.  Julian feels the event series was a huge success as

“Après Noir exemplified Chateau Le Jardin’s ability to host opulent events which showcased our facility’s impeccable service and our wide range of culinary talents by handling delicate curated menus.  The events catered to the city’s most wealthy and influential people and demonstrated how capable Le Jardin is to handle such an experience.”

The traction and momentum created by Après Noir has spurred the Parentela’s to explore expansion opportunities in other North American cities and beyond.

“We want to go global with this business,”

Julian explains.  While the Chateau Le Jardin is helping to put the spotlight on Toronto’s growing entertainment scene, they are also involved in the development of their hotel.  The Hotel Vie, also aptly named in French, will reside adjacent to the Chateau Le Jardin and will open in 2021.  Julian optimistically and confidently declares,

“We would like to take Après Noir to other cities like LA, New York, Miami, and Europe to provide this unique experience in other cities.” 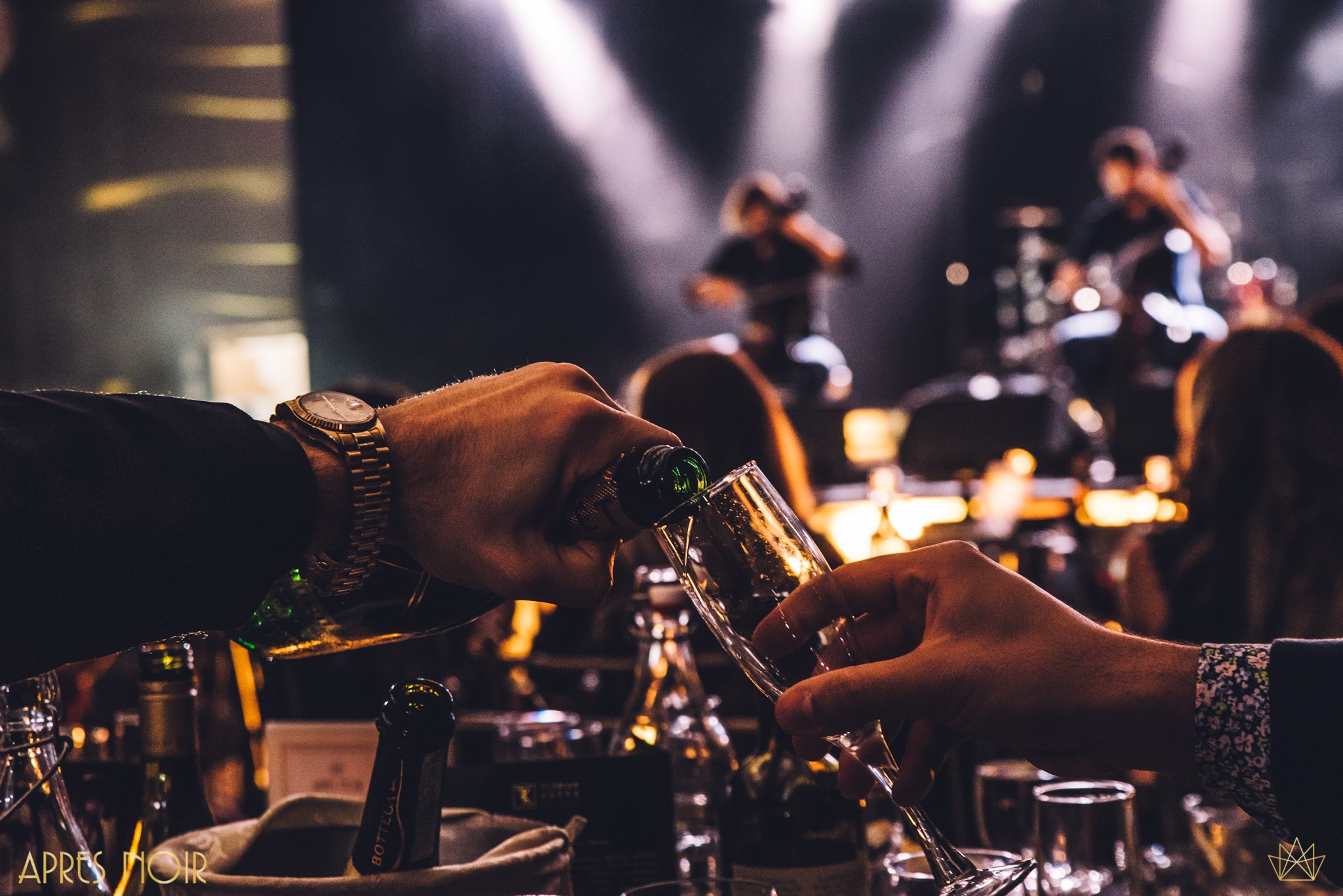